Riddick has a reputation as a strong receiver, but he has been sub-replacement level two of the past three seasons, posting a 7.0 YPC or lower in both 2016 and 2018. Riddick is a complete zero as a runner. His addition has Devontae Booker's 53-man roster spot on life support. As the No. 3 back in an offense that will either be quarterbacked by Joe Flacco or rookie Drew Lock, Riddick is going to have trouble creating PPR value.

Broncos signed RB Theo Riddick, formerly of the Lions, to a one-year, $2.5 million deal. The deal includes $1 million guaranteed with an additional $3.3 million in possible incentives.

You read that right. The Broncos starting wide receivers had just about enough of each other and traded blows halfway through Tuesday’s practice session.

It came to a head after a series that involved a couple of offensive penalties. After beating separated, Sutton was pulled away by Ronald Leary. Sanders, being the feisty guy he has always been, followed and soon there were water bottles being thrown as the two men argued.

Derek Wolfe intervened to calm Sanders down and Joe Flacco talked to both wide receivers in an effort to calm them both down. It all culminated with Fangio bring the entire team to midfield for a reset.

Fangio wasn’t pleased to hear about the event. He didn’t see it, but noted that it can’t happen.

“I don’t know all of the details of it,” Fangio said. “It kind of happened about 10 minutes before I even found out about it because I was on the other side of the field. Obviously, it’s not good. Can’t happen, shouldn’t happen, but you have to be able to react to these things and handle them the right way.”

After practice, both Sanders and Sutton refused to comment on the fight as they headed for the locker room. This situation will hopefully get worked out behind closed doors.

Riddick will miss the next 6-8 weeks after sustaining a slight fracture in his shoulder during Thursday's preseason game against the Seahawks. Luckily, Riddick will not be required to undergo surgery, which would likely have caused him to miss even more time. 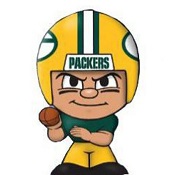 Posts : 43736
Age : 44
Location : Na pravom putu
The first team to go three games without a sack or turnover since sacks became an official stat in 1982.

Broncos’ OLB Bradley Chubb tore his ACL and is out for the year, source tells ESPN.

Posts : 77336
Age : 28
Location : Ruma
The Broncos are "seriously mulling" a major shakeup at the deadline and rival owners are "hopeful" that haul will include Miller, a former Super Bowl MVP with seven All-Pro selections to his credit. Teammates Chris Harris, Emmanuel Sanders and Derek Wolfe could also be goners come October 29 at 4 PM ET.