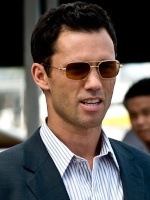 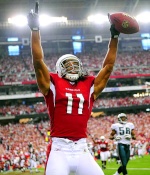 Last month I conducted a directory on the top 10 NFL rookies who I felt had the most simultaneous potential to become legendary superstars and derailing draft busts.

Now, despite the fact that another writer covered this same story, I’m back via a much-needed youth trip to the Gulf, inspired, completely invigorated, and ready to take on the task with a refreshing twist.

While it’s no secret it that often takes more than one season for a star to rise to fame and a failure to plummet to shame, rookies have been known to make an early impact.

Even the lesser impact frequently becomes influential. So without further adieu, I present the top 10 rookies from the AFC South division who are most ready to resonate.

Verse of this Piece

“Happy is the person who finds wisdom, the one who gets understanding. Wisdom is worth more than silver; it brings more profit than gold. Wisdom is more precious than rubies; nothing you could want is equal to it. With her right hand wisdom offers you a long life, and with her left hand she gives you riches and honor.” —Proverbs 3:13-16

I have written a verse of my own choosing (unless one was requested) with every new article I’ve presented since I began with after my 50th piece on Bleacher Report.

This is just something small to glorify my Lord and Savior. I hope this will inspire someone to step out, to speak without fear, and perhaps one day start somewhat of a trend. If you’d like to request a verse, send me a message via B/R.

Posts : 71061
Age : 49
Location : u resetu
No. 10 Dorin Dickerson (WR, Texans)
The Houston Texans found a completely earth-shattering steal in the seventh round of last April’s draft with the extremely versatile and athletic Dorin Dickerson.

Having played in several positions on both sides of the football, Dickerson will have a loose chain and very few limitations.

Albeit it’s likely he’ll breakout later on in his career, his charismatic versatile abilities could launch him down the same path as Julian Edelman, who was also a 7th-round pick.

Like many, I don’t expect the seventh-round-pick to start right away, but he’s in good hands, groomed by an additional former Seminole in safety Chris Hope. The sky is the limit for Rolle and he should have his opportunity to shine by season’s end.

“This is the perfect example of how brains mixed with athletic ability are the best combination in sports.”—AFC Team Leader, Assignment Desk Editor and Bleacher Report Senior Writer Daniel Wolf