Despite catching 55 passes for 829 yards and 5 touchdowns with the Buffalo Bills last season, the 36-year old Owens has remained a free agent throughout this off-season. Owens has been linked in recent weeks to the Seattle Seahawks and Cincinnati Bengals, but both teams appear to be interested in Owens on an emergency basis.

The top six wide receivers on the Rams' depth chart have combined to catch 270 passes for 3,018 yards and 13 touchdowns. Only one, projected starter Donnie Avery, is over the age of 25.

The Rams are still a year or two from contending for the NFC West title, so their interest in Owens is as perplexing as his interest in joining them

T.O.-to-the-Rams Report Dubbed "Overzealous"
Jason La Canfora of the NFL Network reports that a St. Louis Rams official has referred to ESPN's report that the Rams are "in serious pursuit" of free agent wide receiver Terrell Owens as being "overzealous".

As I wrote 90 minutes or so ago, "the Rams are still a year or two from contending for the NFC West title, so their interest in Owens is as perplexing as his interest in joining them".

Owens' agent Drew Rosenhaus has been around too long to just jump at opportunities for T.O. Once teams open up camp, and Player A gets sidelined with an injury, or Player B is taking longer than expected to get back up to speed after an injury, Owens will be called upon to step in.

Signing with the Rams or any team with little chance of contending for the playoffs at this point would make little to no sense.

Murphy was arrested near the campus of the University of South Florida at 1pm and charged with misdemeanor driving without a valid license. Murphy was released two hours later on $250 cash bond.

Murphy is due to report to Rams' training camp in Earth City, Missouri on July 28. 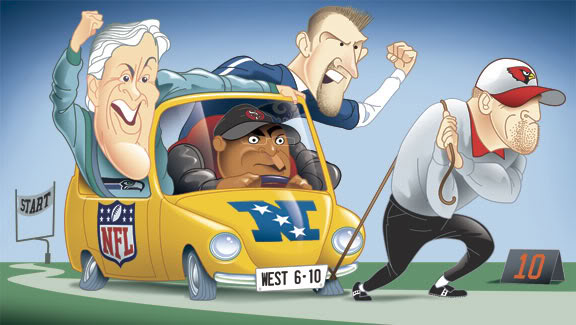 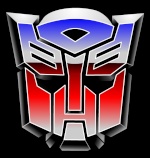 The front-runner: The Rams' schedule is brutal, but they have the quarterback and a developing defense that, with the addition of rookie DE Robert Quinn, might wreak some havoc. There still isn't enough explosion at wide receiver and that could come back to hurt.

The biggest threat: The 49ers are tough and have a lot of pieces. If -- and it's a big if -- QB Alex Smith can simply be better than OK, San Francisco could land a playoff spot

Work to do: Arizona QB Kevin Kolb should be fine. He might get off to a slow start because he was acquired late in the process but will be steady enough as he evolves. The Seahawks won the division last year but the situation at quarterback can't make anyone too comfortable. Tarvaris Jackson could beat out Charlie Whitehurst for the starting job

Total Quarterback Rating (QBR) should affirm what we know most of the time while occasionally challenging what we think.

The newly developed metric would have no value if it tried to convince us Derek Anderson was better than Tom Brady (it does not do this). If it told us Chad Pennington was better in 2008 than Peyton Manning was in 2010 -- it does make that case -- we should at some point revisit those specific seasons for those specific quarterbacks. I've been most interested in learning what QBR reveals about performances relative to the passer-rating formula in use since 1973.

For example, Matt Hasselbeck finished with similar passer ratings in 2009 and 2010, but QBR favored his 2010 season by a wide margin. Something about Hasselbeck's 2009 season did not sit well with the QBR formula. Even his 2008 season, complete with a career-low 57.8 passer rating, held up better. Why was this?

Year of the Quarterback

ESPN has dedicated 2011 to examining one of the most crucial positions in all of sports -- the quarterback.
Year of the QB »
Alok Pattani from our analytics team pointed to a couple of factors:


There were other factors, but those two were prominent. Separately, Hasselbeck's production on third down improved steadily since 2008. His third-down completion percentage rose from 36.7 in 2008, to 53.6 in 2009 and 60.9 last season. His sacks per pass play also steadily declined on third down.

I was also curious why Hasselbeck's QBR for 2010 doubled the 2008 QBR for then-San Francisco 49ers quarterback J.T. O'Sullivan, even though their passer ratings were similar. One key: O'Sullivan wasn't nearly as good on third-down pass plays across categories that included completion percentage, touchdowns, interceptions, sack percentage and conversion rate.

A quick primer on the fundamentals of Total Quarterback Rating:

Scoring: 0 to 100, from low to high. An average QB would be at 50.
Win Probability: All QB plays are scored based on how much they contribute to a win. By determining expected point totals for almost any situation, Total QBR is able to apply points to a quarterback based on every type of play he would be involved in.
Dividing Credit: Total QBR factors in such things as overthrows, underthrows, yards after the catch and more to accurately determine how much a QB contributes to each play.
Clutch Index: How critical a certain play is based on when it happens in a game is factored into the score.
Understanding such disparities requires understanding QBR. Once QBR becomes established, considering the computations will not be relevant for those merely interested in the bottom line. We'll simply need to know that a season-long QBR around 50 would be near average, while a season-long QBR in the 65 range would reflect Pro Bowl-caliber play. Players will rarely reach an 80 QBR for a season, and it's impossible to reach 100 because a quarterback could, in theory, always complete one more pass for one more yard, etc.

Total QBR measures all of the significant contributions by a quarterback during the course of a game and accounts for precisely how much he impacts his team’s performance and chances of winning.
Total QBR is based on all of a quarterback’s plays (rushing, passing, sacks, fumbles, interceptions, penalties, etc.), and it calculates the per-play net impact of the quarterback on the ability to score. Each play is weighted by the situation (i.e., down and distance, field position, time during the game) and its importance to the game’s outcome.
Another variable, division of credit, assigns a percentage to how much credit a quarterback should get for a positive play -- or blame for a negative play. ESPN analyst Trent Dilfer helped come up with additional data to consider, including how far a pass travels in the air, where the ball was thrown on the field, yards after catch, whether the quarterback faced pressure, etc.
QBR draws from 60,000 plays over the past three years to assign credit or blame for every play involving the quarterback. It measures quarterbacks on a 100-point scale, whereas the NFL's passer rating formula maxes out at 158.3.


According to those standards, Kurt Warner is the only NFC West quarterback since 2008 to post a Pro Bowl-caliber season.

And now, on to the chart showing passer rating and QBR figures for NFC West quarterbacks since 2008.