Posts : 44522
The Titans have run for 249 yards in the last three games, a steep drop from the 401 yards they picked up on the ground over the first three games of the season.

Some of that drop could be blamed on Jake Locker’s injury affecting the way that defenses are approaching Tennessee and some could be blamed on facing the Jets, Chiefs and Seahawks, but the team made a move on Wednesday that shows they don’t blame it all on either of those things. Coach Mike Munchak announced that rookie Brian Schwenke will take over as the starting center from Rob Turner, who won the job in training camp.

“I think he’ll do a great job,” Munchak said, via the Tennessean. “We drafted him for a reason, and we thought he was the best center in the draft. I think Rob did a good job, but we think [Schwenke] has big-time upside and I think now is the time to give him a chance to prove it.”

The Titans made the offensive line a focus of their offseason, bringing in guard Andy Levitre and drafting guard Chance Warmack in the first round and Schwenke in the fourth round. The results looked pretty good during a 3-1 start, even as running back Chris Johnson continued to look nothing like the big play threat he was earlier in his career.

With the 49ers on tap this weekend and Locker still unlikely to play, it’s probably unwise to expect a dramatic turnaround for the offense just because Schwenke’s taken over the snapping duties. That shouldn’t stop you from making a change that you think the team needs to make, but it should keep expectations for the result at an even keel.

Posts : 1232
Location : TN
Jake Locker (hip, knee) has been cleared for contact.
Locker has yet to be officially ruled out for Sunday's game after getting in two straight limited practices, but that should happen on Friday. Getting cleared for contact now, however, gives him a good chance of returning to the starting lineup following Tennessee's Week 8 bye.

Posts : 1232
Location : TN
A source tells Titan Insider's Terry McCormick "there may not be much of a market" for Kenny Britt ahead of Tuesday's trade deadline.
The Titans should be open to dealing him for a conditional seventh-round pick.

The #Titans will not be making any trade deadline deals today. Kenny Britt remains a Titan.

Posts : 1232
Location : TN
Here's another look at the patch the Titans will wear on Sunday 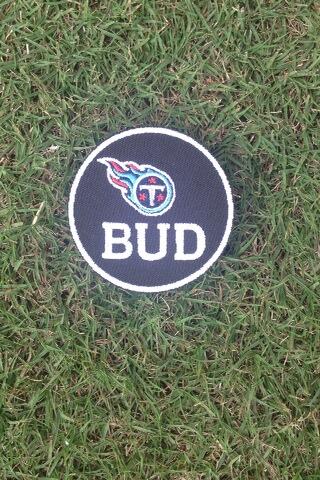 Posts : 1232
Location : TN
Titans FS Michael Griffin (quad) will return to game action in Week 10.
They face Jacksonville next. In a reversal from last season, Pro Football Focus has graded Griffin as a top-five safety in 2013, and particularly effective versus the run. Griffin has two forced fumbles and 39 tackles on the year.