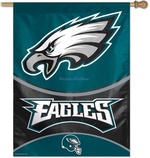 Posts : 10415
Age : 30
Location : Vrsac-Novi Sad
WTF!
BREAKING NEWS: Today during the Chicago Blackhawks Stanley Cup Parade, 5 men were weilding guns and shot approxamatley 25 shots at the Champions. none were injured, but the Stanley Cup now has 11 holes that were hit by the gun shots. some names in NHL History including legends are now illegible including the entire 1999 Dallas Stars Championship roster. -Brian

Posts : 43388
Statement from New Jersey Devils' Ilya Kovalchuk regarding his retirement from the NHL. http://bit.ly/1b44DAa

Posts : 43388
The Bruins have signed Patrice Bergeron to an eight-year contract extension through the 2021-22 season.

Posts : 43388
The Bruins have signed goaltender Tuukka Rask to an eight-year contract through the 2020-21 season.

Posts : 10415
Age : 30
Location : Vrsac-Novi Sad
an Dadoun Jul 15, 2013, 8:57 AM EDT
9 Comments
Ilya Kovalchuk
Getty Images
What has been assumed and reported for days has been officially announced. Ilya Kovalchuk has inked a four-year contract with SKA Saint Petersburg of the Kontinental Hockey League.

Last week, Kovalchuk sent shock waves through the hockey world when he decided to retire from the NHL despite having $77 million left on his 15-year, $100 million contract. Kovalchuk’s decision left the New Jersey Devils with a massive hole in their lineup, not to mention a $250,000 annual cap recapture penalty through 2024-25.

On top of that, the Devils don’t have a first round draft pick in 2014 as punishment for their first attempt to sign Kovalchuk.

Following his retirement, it quickly became apparent that Kovalchuk would head to the KHL to extend his career. His mother suggested that this had been on the 30-year-old forward’s mind since January and he was influenced by his time with SKA during the lockout.

Taxation in the United States as well as the NHL’s escrow rules were also apparently factors as it’s believed that Kovalchuk stands to benefit financially from this maneuver. SKA hasn’t released the financial terms of their agreement with Kovalchuk.

The next time a wide North American audience sees him on the ice might be during the 2014 Winter Olympics. Team Russia and the United States will be in the same division.