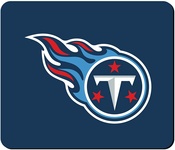 Posts : 44578
Week Six of the 2022 NFL season kicked off on Thursday with a win by the Commanders and it continues with 12 more games on Sunday, which means that the 24 teams in those games submitted their final injury reports of the week on Friday.

The teams playing on Monday night won’t release their final injury reports until Saturday and are not listed here.

The Saints will be starting QB Andy Dalton again this week, although Jameis Winston (back, ankle) has moved up to a questionable listing after a week of limited practices. They will remain shorthanded at receiver with Jarvis Landry (ankle) and Michael Thomas (foot) out again and they’ll also be shorthanded in the secondary with CB Marshon Lattimore (abdomen) out. KR Deonte Harty (foot) and DE Payton Turner (chest) have been ruled out as well. WR Chris Olave (concussion), OL Calvin Throckmorton (hip), CB Paulson Adebo (knee), S Marcus Maye (rib), and DT Malcolm Roach (ankle) are listed as questionable.

DE Jermaine Johnson (ankle) is out for the Jets. T Duane Brown (shoulder) is listed as questionable.

Packers QB Aaron Rodgers (thumb) is off the injury report and ready to play, but LB Rashan Gary (toe) is listed as questionable. LB Tipa Galeai (hamstring) and WR Christian Watson (hamstring) will not play.

Falcons TE Kyle Pitts (hamstring) said earlier this week that he’ll be playing, but the team listed him as questionable. LB Adet Ogundeji (shoulder) and G Elijah Wilkinson (knee) are in the same category while LB Mykal Walker (groin) has been ruled out.

RB Alexander Mattison (shoulder) and DE D.J. Wonnum (illness) are the only Vikings with injury designations. They’re both considered questionable this weekend.

Dolphins QB Tua Tagovailoa (concussion, ankle) was a full participant in practice Friday, but he’s been ruled out for the second straight game. QB Teddy Bridgewater (concussion) was also a full participant and is listed as questionable. If he suits up, the Dolphins say he will back up Skylar Thompson. T Terron Armstead (toe), CB Elijah Campbell (foot), RB Raheem Mostert (knee), and TE Durham Smythe (hamstring) also have questionable tags while CB Kader Kohou (abdomen) is listed as doubtful.

K Harrison Butker (ankle) is set to return for the Chiefs after avoiding an injury designation. S Bryan Cook (concussion), CB Rashad Fenton (hamstring), and DT Tershawn Wharton (knee) were all ruled out.

Posts : 44578
Dolphins’ QB Tua Tagovailoa was cleared from concussion protocol today, per sources. He will be inactive on Sunday vs. the Vikings, but is expected to return for Week 7 vs. the Steelers.

Since suffering a concussion in Week 4, Tagovailoa, the Dolphins and his team of independent doctors followed a thorough process that far exceeded the NFL’s concussion protocol, per sources. He received four outside opinions, in addition to team doctors, who unanimously cleared him from protocol and all agreed that his scans showed no signs of long-term impact to the brain. This is a best-case scenario for the QB who was off to a impressive start to the 2022 season and is expected to return to action next week.

Teddy Bridgewater was also cleared from concussion protocol today, per sources. He will be active Week 6 and serve as the back-up on Sunday to rookie Skylar Thompson, the Dolphins seventh-round draft pick this year.