Shazier opened up about his former friendship with Brown and the persona of his once teammate and current Tampa Bay Buccaneer.
"The biggest thing for me on Antonio is he's all for attention," Shazier said. "He's super about attention, man on the field, off the field."

"If you don't want to be here, best of luck to your endeavors,'" Shazier said. "And a few weeks later, I got blocked on Twitter. I got blocked on Instagram. Like, bro, I wished you good luck. I'm not showing no beef, not throwing no shade on you, but if you want friends who are going to tell you what you want to hear, that's not me."

The friendship between the former linebacker and wide receiver isn't anywhere near where it once was. Shazier described Brown as a "wishy-washy friend," saying he isn't sure if it's bipolar or something else.

"One day me and him would be cool. Then, if you don't say something he wants to hear, then he's mad at you," Shazier explained. "Like, bro, I don't have time to suck up to you and be your best friend. You don't want to hear what I've got to say? I'm trying to tell you for your advice from my past experience, you know what I'm saying? And I just hope he doesn't do that over there."

Shazier dropped the final bomb with his hot take to end the show. Claiming the Buccaneers might be in more trouble than they think after signing Brown.
"The moment he makes it about himself," Shazier said, "Tampa's not going to go to the Super Bowl."

Antonio Brown lacing them up for his first game back... pic.twitter.com/Sah1z3DXXk 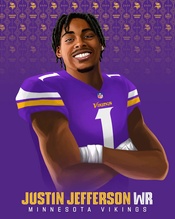