Posts : 72882
Age : 25
Location : Ruma
ESPN Falcons reporter Vaughn McClure reports Calvin Ridley (ankle) has been diagnosed with a bone bruise.
Per McClure, Ridley's MRI "came back pretty clean." It sounds like there's a chance Ridley could suit up this week, though the Falcons are headed on bye in Week 8.

Posts : 72882
Age : 25
Location : Ruma
Falcons placed RB Devonta Freeman (foot, groin) on injured reserve.
Having just returned from a three-game absence with a knee injury in Week 5, Freeman promptly injured his foot. NFL.com's Ian Rapoport reports he's undergoing groin surgery, however. Per Rapsheet, Freeman will be a candidate for return. He must miss a minimum of eight games. 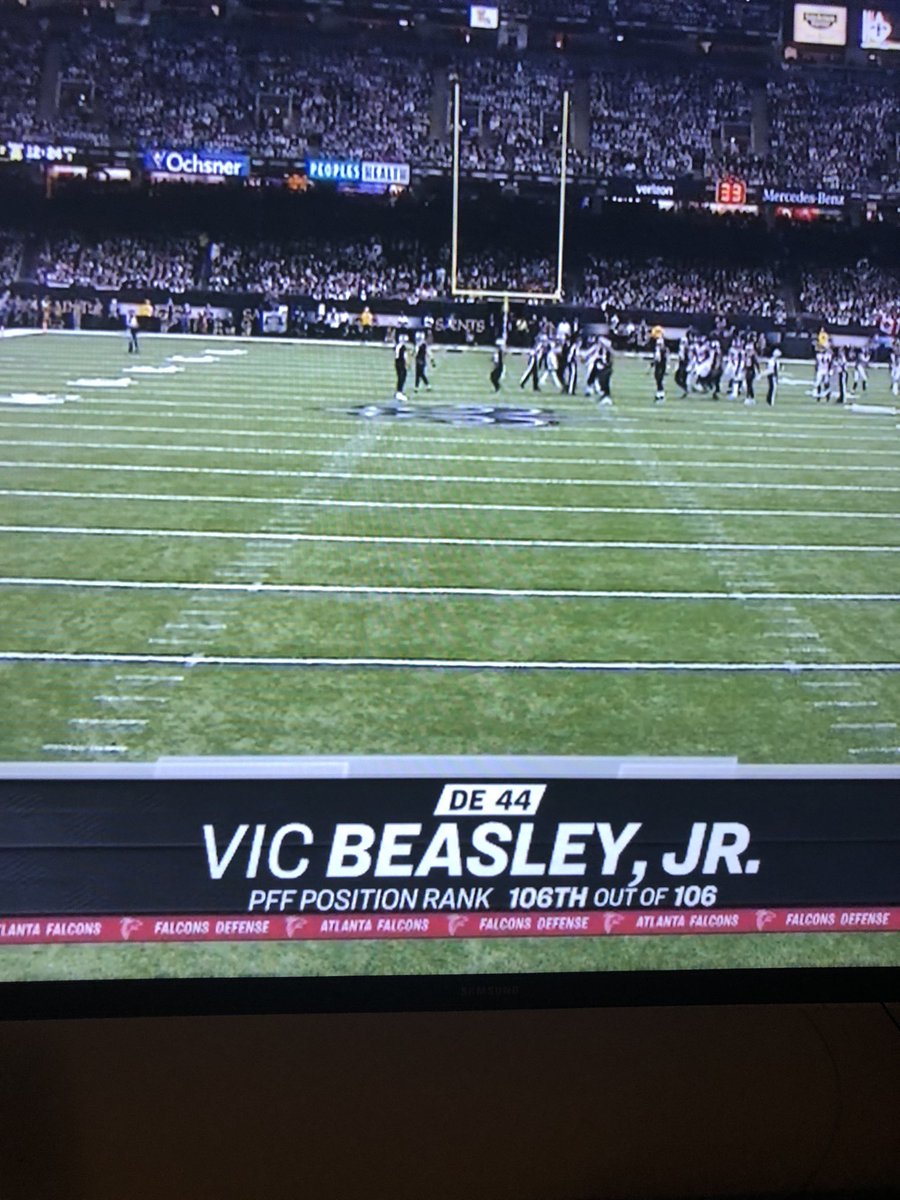 Posts : 6736
Age : 29
Location : Mongolia
TMZ reports Falcons DE Takk McKinley was detained by Los Angeles police on Tuesday following an incident at a hotel and is "undergoing a mental evaluation."

Falcons cornerback Robert Alford is the first to go. Atlanta is releasing the 30-year-old defender, NFL Network's Mike Garafolo reported, per two sources informed of the move. The team later made the move official.

"We thank Robert for all that he brought to the team during his six seasons in Atlanta," Falcons general manager Thomas Dimitroff said. "He was a significant contributor to our defense and we have a great deal of respect for him. We wish Robert all the best going forward."

Atlanta is projected to have just $14.4 million in cap space after finishing 7-9 in 2018, and could use the additional space to rehab its roster. Of their top 15 salaries, Alford's cap-savings difference was the largest by a significant margin, bringing sense to what is simply a business move on the part of the team.

Bryant will turn 44 in May and has already said he plans to continue his playing career. Bryant missed three games in 2018 but remained one of the most trusty kickers when on the field, sinking 20-of-21 field goals and 33-of-35 PATs.

Giorgio Tavecchio is expected to be the Falcons' kicker in 2019.

Tavecchio was a fine replacement for three games Bryant missed this past season, making all five of his field goals and eight PATs. He'll be a top fantasy kicker.