Needs filled: The Tigers were looking for more difference-makers on defense and scored big up front with ESPN 150 defensive tackle Montravius Adams and ESPN 150 defensive ends Carl Lawson and Elijah Daniel. Lawson was the No. 2 prospect in the country and had been looking around after initially committing to Auburn under the previous staff.

Holes remaining: Auburn can use all the help it can get in the secondary, which is why losing cornerback Mackensie Alexander to Clemson stung so much. Auburn signed Alexander’s brother, Mackenro, but Mackensie would have been the catch at cornerback. He’s ranked No. 4 overall in the ESPN 150.

Needs filled: Flipping ESPN 150 defensive end Tashawn Bower of Somerville, N.J., was a coup for the Tigers, especially considering that they’re losing their top four defensive ends. Auburn and Florida were thought to be the leaders for Bower, but he chose LSU on signing day. Holding on to defensive end Frank Herron after a late visit to Texas was equally important. The Tigers also signed two ESPN 300 quarterbacks. Anthony Jennings is a dual-threat guy, while Hayden Rettig is more of a pocket passer.

Holes remaining: The Tigers missed out on a couple of top safeties, which is magnified with Eric Reid leaving early for the NFL. Priest Willis and Tahaan Goodman both went to UCLA.

Needs filled: Adding some punch in the defensive line was a must, and the Bulldogs were able to keep one of the top players in the state at home in defensive end Chris Jones of Houston, Miss. With four senior receivers leaving, Mississippi State hopes that junior college transfer Jeremey Chappelle can step in and be a key cog in the passing game. He’s already enrolled in school. Fred Ross is also an ESPN 300 receiver.

Holes remaining: The Bulldogs would have liked to have added more offensive line help. In particular, losing Deon Mix of Batesville, Miss., to Auburn hurt. Mix, a four-star offensive guard prospect, had been committed to Mississippi State for eight months before backing off that pledge in the final weeks.

Holes remaining: The Rebels didn’t get everybody they wanted and lost out on a pair of coveted defensive ends. Chris Jones, the in-state player everybody was recruiting, stuck with his original commitment and signed with Mississippi State, while Elijah Daniel had a change of heart on signing day and went to Auburn.

Holes remaining: Getting defensive end Daeshon Hall to flip from Washington on signing day was big for the Aggies, and they would have liked to have had one more pass-rusher with Damontre Moore leaving early for the NFL draft. But defensive end Torrodney Prevot signed with Oregon after giving a hard look to Texas A&M. 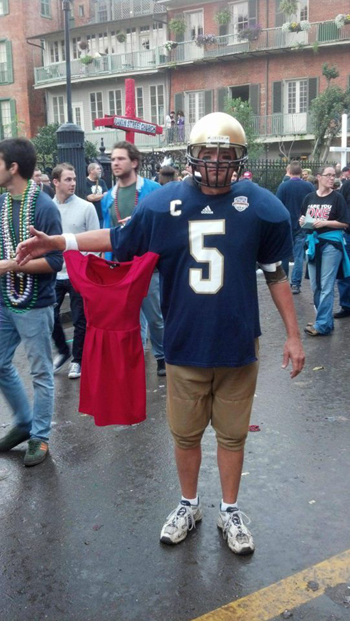 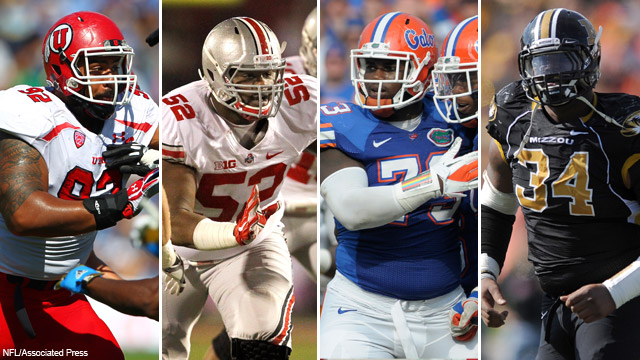 New Texas A&M offensive coordinator Clarence McKinney believes redshirt sophomore QB Johnny Manziel's stock is rising and his time with the Aggies is uncertain after 2013.
"With the uncertainty of Johnny's situation because of the way the NFL is going -- his stock is rising," McKinney told boosters. He also noted that the addition of two freshman quarterbacks was "huge." Matt Davis will likely get the first look as Manziel's backup quarterback. 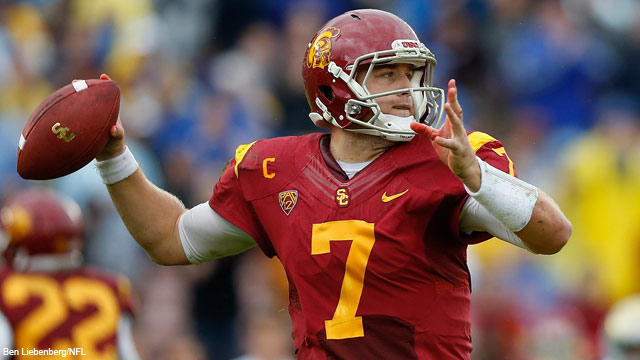 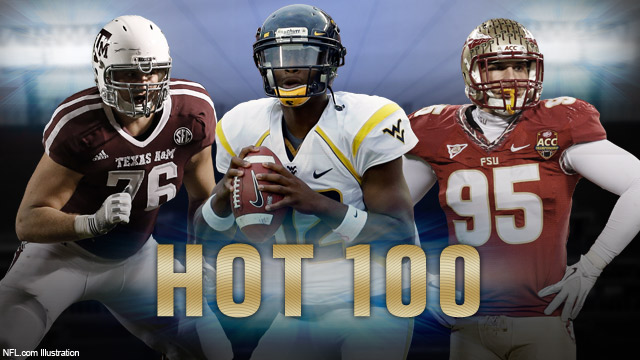 With three BCS National Championships in the past four years, as well as a strong recruiting class, Alabama is the team to beat. Although Nick Saban lost key talent to pro football, the Crimson Tide have the overall personnel to remain on track.

Just like Alabama, Ohio State brings in a great recruiting class. In addition, Urban Meyer comes off a 12-0 campaign and has plenty of talent ready for more. And Braxton Miller is arguably the top Heisman Trophy candidate.

Texas A&M is fine. Johnny Manziel will continue to dazzle opponents and Jake Matthews is just as reliable as Luke Joeckel. There are also better playmakers on defense than at first glance.

The defending Pac-12 champions possess repeat potential. Stanford's offense will continue to punish the trenches, whereas the defense has the pass rush and instincts to generate turnovers. If there's one team that can match the SEC up front, the Cardinal are as good as anyone.

Oregon's offense remains explosive to up the tempo, but also the personnel to sustain balance. Defensively, losing Dion Jordan and Kiko Alonso was tough. However, the Ducks have solid young talent and get to practice against one of college football's best offenses. In short, the defense will develop better than expected.

Louisville's victory over Florida was humongous in terms of 2013's implications. The Cardinals hardly lost any key players to the NFL, which helps regarding experience for this season. Even better, Teddy Bridgewater is still developing as a quarterback.

For one, Steve Spurrier brings in the No. 24 (Scout.com) and No. 16 (Rivals.com) ranked recruiting class.

Second, there's a Heisman Trophy candidate in Jadeveon Clowney. In just two seasons for the Gamecocks, Clowney has racked up 35.5 tackles for loss and has forced eight fumbles. His presence coming off the edge will continue to be an extreme competitive advantage.

Needing the passing game to remain technically sound, South Carolina has the defense to rely on consistently. The offense must simply match that level to reach the SEC title game.

Brian Kelly has some strong pieces together on each side of the ball. Everett Golson was a reliable decision-maker last season, and that only assists his development for 2013. The Irish also have more talent defensively than given credit, as evidence of playmakers such as Louis Nix, Stephon Tuitt and Bennett Jackson.

Mark Richt lost a boatload of talent on defense to pro football. So, that puts more pressure on the offense. At least Aaron Murray is still under center, though, and he'll capitalize off the reliable running game. Still, getting past South Carolina will be challenging in the SEC East.

With the offense to push the pace Clemson has the talent to compete for the ACC title. Tajh Boyd is among the best signal-callers around, which keeps the Tigers offense moving. Provided the defense plays all year like it did down the stretch in 2012 and Dabo Swinney's crew will make noise.

Expect Michigan's offense to be much more efficient in 2013. Devin Gardner knows how to spread the field, which will help set up the run. Controlling the tempo is what's needed, because the Wolverines lost some important defenders to pro football.

Unless Jeff Driskel improves mechanics to stretch defenses downfield, Florida's offense will echo 2012's inconsistencies. As for the defense, it lost impressive talent but Dante Fowler and Ronald Powell are capable of leading.