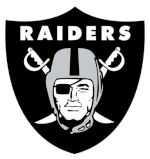 Posts : 74802
Age : 26
Location : Ruma
Per Troy E. Renck of the Denver Post, "all signs point toward" Sanders (concussion) playing Sunday against the Dolphins.

Posts : 74802
Age : 26
Location : Ruma
Injuries:
1. Browns tight end Jordan Cameron returned to practice Friday after missing the last three games. However, per the NFL's concussion protocol, graduating to practice doesn't necessarily mean that Cameron has been cleared for contact or game action, and The Plain Dealer reported that the pass-catcher has still been ruled out for Sunday's bout with the Atlanta Falcons.
Inhibited by a season-long shoulder injury in addition to the concussion issues, Cameron has been limited to just 250 yards on 13 receptions in six games. It has been a trying follow-up season to last year's impressive breakout campaign.
2. For the Bucs, linebacker Lavonte David (hamstring) was not at practice and will be a game-time decision, per coach Lovie Smith. Meanwhile, the Tampa Tribune also reports that running back Charles Sims (ankle) was at full tilt for Friday's session after being limited the day before. Cornerback Alterraun Verner (hamstring) said he's "optimistic" about playing Sunday, according to the Tampa Bay Times.
3. Vikings defensive tackle Sharrif Floyd (knee) and running back Matt Asiata (concussion) were not at practice, according to The Star Tribune. Meanwhile, wide receiver Greg Jennings (rib) and running back Jerick McKinnon (lower back) participated.
4. The Giants held out offensive tackle Justin Pugh (quad), linebacker Jacquian Williams (concussion) and defensive tackle Cullen Jenkins (calf) from practice and subsequently ruled out for Sunday's contest against the Cowboys, per the New York Daily News.
5. Redskins coach Jay Gruden said that offensive tackle Trent Williams (knee/ankle), defensive lineman Chris Baker (sternum) and tight end Jordan Reed (hamstring) missed practice for the third consecutive day. Offensive lineman Shawn Lauvao was present at the session, but still needs to clear the league's concussion protocol. Gruden added that Williams and Lauvao are questionable, while Baker and Reed are out for Sunday's tilt with the 49ers.
6. Indianapolis coach Chuck Pagano said that tight end Dwayne Allen (ankle), Greg Toler (concussion) and Gosder Cherilus (shoulder) were all ruled out for Sunday's clash with the Jaguars, per the Colts' official website.
7. Tight end Delanie Walker has passed concussion protocol and will be in the lineup for the Titans' bout Sunday against the Eagles, per The Tennessean.
8. Linebacker Vontaze Burfict (knee) has been ruled out by the Bengals for Sunday against the Texans, while running back Giovani Bernard (hip), Wallace Gilberry (back), offensive tackle Andre Smith (ankle) and cornerback Terence Newman (knee) are probable, per ESPN.com. Coach Marvin Lewis told the team's official website that there's a chance tight end Tyler Eifert (elbow) could return before season's end.
9. Cardinals wide receiver Larry Fitzgerald (knee) was "working on the side" and did not participate in practice, according to the team's official website. Coach Bruce Arians later said that Fitzgerald is questionable for Sunday's pivotal matchup with the Seahawks and will be a game-time decision.

Posts : 74802
Age : 26
Location : Ruma
Just texted with a Bills player who was picked up on a snowmobile to head to his game ... So in 10 years covering the NFL, that's a first.
Albert Breer 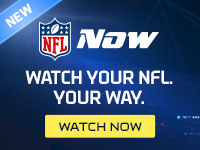 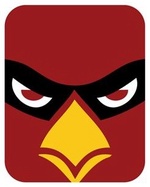