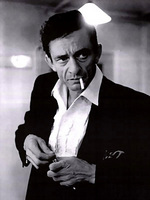 Posts : 75118
Age : 26
Location : Ruma
"This year, however, the Ravens have momentum... and might again be the most dangerous team in the playoffs, provided they make it."

Dolphins running back Daniel Thomas (ankle) is questionable, but Miami appears set to have all their defensive backs available after losing several to injury last weekend. Bills quarterback E.J. Manuel (knee) is out and wide receiver Stevie Johnson won’t play as he attends to matters in California after his mother’s death. Safety Aaron Williams (ribs) has also been ruled out by Buffalo.

Both sides are pretty healthy heading into their clash for the NFC South. Safety Rafael Bush (ankle) is doubtful to be in the Saints’ lineup while linebacker Keyunta Dawson (calf) and tight end Josh Hill (hamstring) are questionable. Running back Jonathan Stewart (knee) is out and the Panthers’ injury report is otherwise made up of players expected to be in the lineup on Sunday.

The Vikings ruled out cornerback Xavier Rhodes (ankle) and it’s doubtful that tight end John Carlson (concussion) will play on Sunday. Running back Adrian Peterson (groin, foot) is expected to play despite a questionable tag with Toby Gerhart (hamstring) looking set to return to the lineup as well. It’s doubtful that Bengals cornerback Terence Newman (knee) will play and defensive end Carlos Dunlap, linebacker James Harrison and offensive lineman Andrew Whitworth are all questionable after suffering a concussion.

The Broncos may not have wide receiver Wes Welker (concussion) back before the playoffs, but cornerback Champ Bailey (foot) plans to give it a go this week. Cornerback Kayvon Webster (thumb) and defensive end Derek Wolfe (illness) are both out for Denver as well. Quarterback Case Keenum (right thumb) and wide receiver DeVier Posey (ankle) are both out for the Texans. Tight end Garrett Graham (hamstring) is questionable and 15 players are listed as probable.

Defensive tackle Mike Martin (ankle) and tackle David Stewart (shoulder) are both questionable for the Titans. Running back Maurice Jones-Drew (hamstring) has the same designation with the Jaguars while wide receiver Jeremy Ebert (ankle) has been ruled out.

Browns cornerback Joe Haden (hip) will be a game-time decision, but tight end Jordan Cameron (concussion) and guard John Greco (knee) won’t be in the lineup. The Jets list 13 players as probable on their injury report. We’ll see if that’s a lucky number come Sunday.

Wide receiver Larry Fitzgerald (concussion) and quarterback Carson Palmer (elbow, ankle) are both questionable for the Cardinals, who are unlikely to have safety Rashad Johnson (ankle). Wide receiver Percy Harvin (hip), guard J.R. Sweezy (concussion) and linebacker K.J. Wright (foot) are out for the Seahawks, whose injury report is otherwise made up of probable players.

The Patriots ruled out wide receiver Josh Boyce (ankle) and listed Kenbrell Thompkins (hip) and Aaron Dobson (foot) as questionable. Tackle Nate Solder is also questionable after his second concussion in as many weeks. Quarterback Joe Flacco (knee), running back Ray Rice (thigh) and linebacker Elvis Dumervil (ankle) are all listed as questionable for the Ravens. Cornerback Asa Jackson (thigh) is doubtful.

The Steelers have eight players on their injury report and all are probable. The Packers would love to be in such a situation. Alas, they’ve already ruled out quarterback Aaron Rodgers (collarbone). Tight end Brandon Bostick (foot) is also out.

It looks like the Raiders will have running back Darren McFadden (knee, ankle) back in the lineup, but running back Jeremy Stewart (ankle, knee) remains out. Linebacker Miles Burris (ankle) and defensive tackle Vance Walker (concussion) are both questionable. Chargers running back Le’Ron McClain (hamstring) and wide receiver Eddie Royal (toe) are also questionable.

The Bears are hopeful that linebacker Lance Briggs (shoulder) can make it back after seven games on the sideline. Safeties Colt Anderson (knee) and Kurt Coleman (hamstring) were both ruled out for the Eagles, but cornerback Brandon Boykin (concussion) is probable to help the secondary contend with Alshon Jeffery and Brandon Marshall.