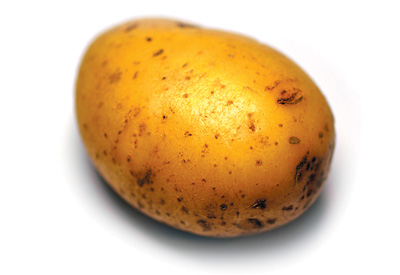 Posts : 44788
The Chiefs lost at home to the Chargers on Sunday. Their ability to not lose at home next Sunday to the Broncos could hinge on the outcome of a pair of MRI exams.

Posts : 44788
Chiefs linebacker Justin Houston’s elbow was too swollen for him to have an MRI on Monday, but coach Andy Reid passed along some information about the injury that knocked him out of Sunday’s 41-38 loss to the Chargers.

Reid said, via Randy Covitz of the Kansas City Star, that Houston had a subluxation, or dislocation, of his elbow during Sunday’s game. The MRI will be necessary to assess how much damage was done when the elbow popped out and how long it will take for Houston to get back on the field.

The news was better in regard to Houston’s fellow edge rusher Tamba Hali. Reid said Hali sprained his ankle during the game, but that it has made “big improvements” since Sunday. It’s not the dreaded high ankle sprain, which is a good thing for his chances of playing.

The Chiefs defense slumped badly on Sunday after Hali and Houston were injured, going from a 14-3 lead to their eventual demise once they lost the leaders of their pass rush. A similar performance against the Broncos in Week 13 would seriously limit the Chiefs’ chances of winning both the game and the division, making the health of the two outside linebackers the storyline to watch in Kansas City this week.

Posts : 44788
One of the Chiefs’ Pro Bowl outside linebackers missed his second consecutive practice as Kansas City prepared for Saturday’s wild-card game at Indianapolis.

Tamba Hali (knee) was one of two Chiefs player to sit out on Thursday, with rookie right tackle Eric Fisher (groin, shoulder) also not practicing.

Hali, 30, notched 11 sacks for the Chiefs in the regular season. He was voted to the Pro Bowl on Friday for the third time in his career.

“It’s really just a matter of the swelling coming down in the knee,” Chiefs coach Andy Reid said of Hali on Thursday, according to Terez A. Paylor of the Kansas City Star. “It’s been up. We want to get it out of there. We’ve been a little cautious with him today.”

If Fisher can’t go, the Chiefs could turn to Donald Stephenson, who’s made three starts in place of the 2013 No. 1 overall pick this season.

Every other player on the Chiefs’ injury report practiced without limitation on Thursday, with left tackle Branden Albert (knee), wide receiver Dwayne Bowe (concussion) and outside linebacker Justin Houston (elbow) among the full participants.

Houston has missed the last five games with his injury, but he has practiced in full this week. Like Hali, he has been voted to the Pro Bowl.