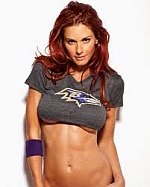 Posts : 43422
Browns aren't shopping their stars. But they have talked to teams about Josh Gordon, including #49ers. They'd like a 2nd rounder in return

Texans coach Gary Kubiak was less committal to Matt Schaub as his starting quarterback at Kubiak's Monday presser.
"He is," Kubiak said when asked if Schaub remains Houston's starter, "but I’m evaluating everything to see what gives us best chance to win." T.J. Yates is in the mix to start Week 6. The Texans' offense is designed to be quarterback friendly, but Schaub has an 8:9 TD-to-INT ratio through five weeks, and has thrown a pick-six in an NFL record four straight games. "I’m trying to help (Schaub) push him through it so our team can push through it," Kubiak said. "We’re all disappointed because we’re having to overcome too much."

ESPN's Adam Schefter reports the Browns and 49ers have "discussed" a Josh Gordon trade, but that a deal is "unlikely."
Per Schefter, a deal is unlikely because Mario Manningham (knee) and Michael Crabtree (Achilles) are getting closer to returning, but we seriously doubt that would stand in the way of a trade if the 49ers were serious about acquiring one of the game's best young receivers. Cleveland's asking price and Gordon's off-the-field issues are the likely stumbling blocks. According to NFL.com's Ian Rapoport, the Browns would like a second-round pick in return. Gordon's talent is worth a first-rounder, but that's not all that goes into the equation. If it were, the odds would be extremely low the Niners could find a player as good in the first round of next May's draft.

Coach Jeff Fisher confirmed Monday rookie Zac Stacy will remain the Rams' starting tailback in Week 6 against the Texans.
"He'll probably start the game off, just like he did yesterday," said Fisher, implicitly confirming Stacy's alleged Week 5 rib injury is not a concern for his Week 6 availability. (Stacy only had his wind knocked out.) Stacy finished with 78 yards on 14 carries (5.6 YPC) against the Jaguars on Sunday, and Fisher told reporters Monday he wanted the rookie to handle a larger workload. "Would've liked to see him get more carries," said Fisher, "but that's the way the game went.


After reviewing the Week 5 game tape Monday, Jaguars coach Gus Bradley was less committal about Blaine Gabbert keeping his starting job when he returns from his "popped" hamstring.
Gabbert has already been ruled out for Week 6 against the Broncos, and Bradley considers him "week to week." Said Bradley of Gabbert's grip on the starting job, "Last week I said he made a lot of good reads and we had to make plays for him. This week, I feel strongly again about Blaine, but there were missed opportunities. He needs to make the passes he does in practice. That’s the next step for him." Gabbert has a 1:7 TD-to-INT ratio on the season.

Posts : 43422
Owen Daniels has a leg injury, and will undergo an MRI today.